In January 2019 Nicola launched “With Nicky”, an online series of educational videos that intends to provide information, guidance, and support for young musicians throughout their musical and personal development. The content of these videos will become an integral part of the work of the Benedetti Foundation and will also provide useful information for teachers looking to support their work with new ideas.

“With Nicky” will eventually cover a broad range of questions and themes, but naturally these first videos focus on Nicola’s own instrument – the violin. Nicola delivers workshops, masterclasses and educational activities throughout the year, but time is always limited and the desire for follow-up materials when the classes come to a close is ever growing. 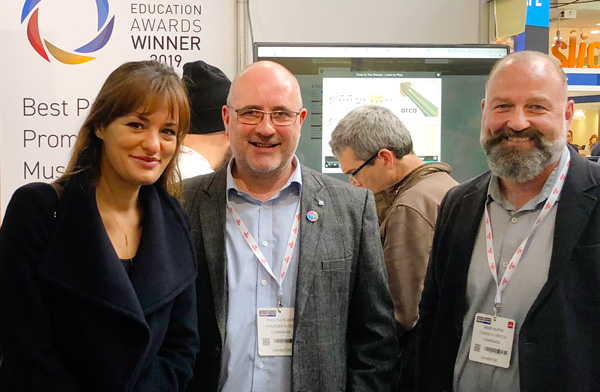 At the recent Music & Drama Expo, Charanga and Nicola Benedetti announced a partnership to bring the inspirational "With Nicky" educational video series to Charanga's digital music education platform and their huge network of music teachers, schools and pupils.

The series will be hosted on Charanga.com and will be available to everyone, wherever they are with no requirement to register or to be a Charanga subscriber.

Charanga teachers will also be able to incorporate the videos into their lessons and “With Nicky” will feature prominently inside the Charanga platform.

Charanga will also be providing exciting resources to support the next phase, “Presentation and Performance”.

Over the last 12 months Nicola has continued her role as a dedicated, passionate ambassador and leader in music education:

From https://www.charangascotland.co.uk/site/about-charanga/with-nicky/ on Monday 8th of August 2022 at 05:34 pm